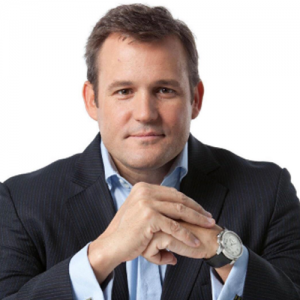 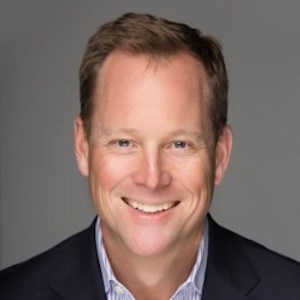 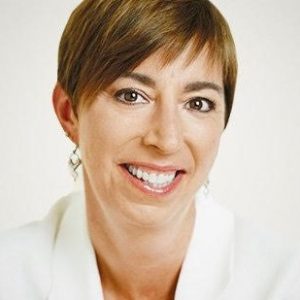 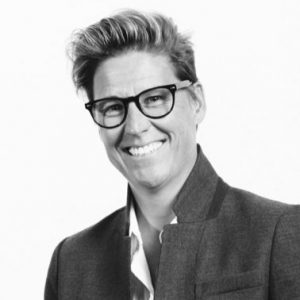 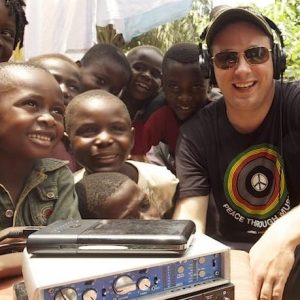 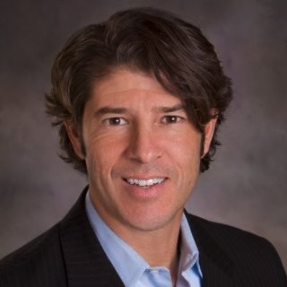 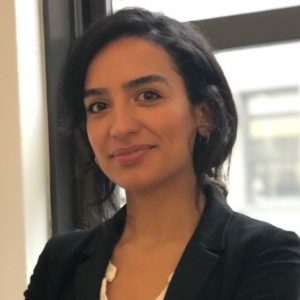 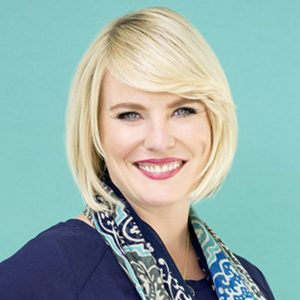 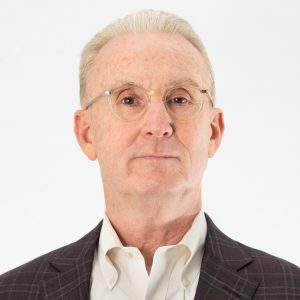 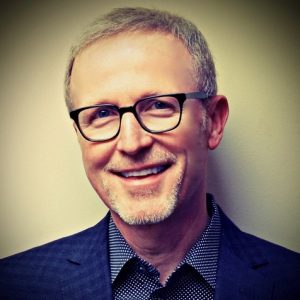 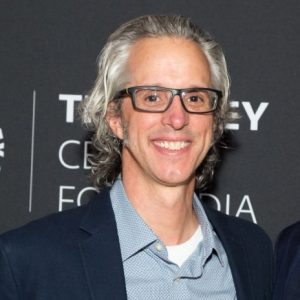 As President and CEO of the 4A’s from 2008-2017, Nancy led the association’s transformation to provide leadership, advocacy and guidance to the advertising community on issues such as patent trolling, online privacy and interest-based advertising, compensation and talent. She personally led the 4A’s work on diversity and inclusion.

A veteran of agencies across the country, she began her career in advertising in 1983 at Doner/Baltimore, where she spent 10 years. This was followed by work at TBWAChiatDay in both St. Louis and Los Angeles, before moving to San Francisco to lead Goldberg Moser O’Neill, which became Hill Holliday in 2001. After that, she joined BBDO where she was EVP and managing director for New York, overseeing several of the agency’s largest accounts. Her most recent Executive position prior to joining the 4A’s was CEO of Lowe New York.

Nancy’s career was built over 30 years working directly with top tier technology and digital media companies such as Cisco Systems, Motorola, AOL and SiriusXM, to name a few. Always curious and able to connect dots in layman’s terms, Nancy has also served as an adviser to several startup companies as they have sought to secure angel and early round financing.

In April 2013, Nancy was recognized by AWNY (Advertising Women of New York) with its Changing the Game Award. She was named one of Advertising Age’s 100 Most Influential Women in Advertising History and was honored as a Woman to Watch by Ad Age.

Recently she served on the Boards of The Partnership at drugfree.org, The Ad Council, The National Advertising Review Council, The Digital Advertising Alliance, Advertising Self-Regulatory Council, and The Marcus Graham Project. She is also a Trustee of the University of Mount Union in Ohio and is an active member of the Board of People Helping People, an organization that builds schools and sponsors children for further education in Ecuador, where she has had a home for several years.

Jennifer Houston has been told she never lets moss grow, when she sees a challenge or opportunity, she tackles it.  Working for major agencies and brands, Jenn watched the “marketing” arena take twists and turns of its own, moving from analog to activating in a digital world. She also saw an ongoing clash between the desire to affect change and the audacity to pull the trigger. Jenn wanted to help agencies optimize their potential, but knew she had to put her money where her mouth was, and be an owner just like them.

In 2018, alongside Sarah Musgrove, Jenn founded the bench., leveraging 20 years of experience as an “intrapreneur” providing successful strategic and tactical leadership for both start-up and growing organizations. At the bench., Jenn supports brands and agencies in the realization of their aims, serving as a project lead for vetted freelancers who focus on strategy and creative.

In 2010, she left TMA to care for her mother, who had been diagnosed with cancer. Jenn returned to the workforce, motivated by the notion that the only currency you can’t make more of is time. As a consultant to small to mid-size agencies doing re-orgs, she sought out new revenue channels, and coaching teams on leadership. She also witnessed the breakdown of the agency ecosystem. Jenn pursued a new marketing team model. In Musgrove, with whom she worked at On Board Experiential (OBEXP), she found a like-minded innovator, and they launched the bench.

She currently serves on the Southern California Board for Playworks.

Mark Johnson is a Grammy award-winning producer/engineer and award-winning film director. For the past 20 years, Mark has worked with some of the most renowned producers in the music, film, and television industries,and with such musical artists as Keith Richards, Paul Simon, Jackson Browne, Bono, Jimmy Buffett, Buddy Guy, Taj Mahal, Keb’ Mo’, Sara Bareilles, Los Lobos, Andrés Calamaro, Carlos Vives, and many more. In 2005, he earned a “Contemporary Blues Album of the Year” Grammy as producer/engineer of the Keb’ Mo’ album Keep It Simple.  In hopes of showcasing musical talent found on the streets, Johnson parlayed his musical knowledge and technical skills to turn his vision into what is now known as Playing For Change.  Mark has recorded and filmed music around the world in over 45 countries and has dedicated his life to connecting the world through music.

Playing For Change (www.playingforchange.com) is a multimedia movement created to inspire, connect, and bring peace to the world through music. The idea for this project arose from a common belief that music has the power to break down boundaries and overcome distances between people. Mark’s vision became an effort to share this truth with the world.

It all began about fifteen years ago when Mark and his PFC Co-Founder, Whitney Kroenke, assembled a group of like-minded people with cameras and a mobile recording studio and embarked on a journey across the globe. Mark and the team created an innovative mobile technique for recording and filming musicians live outside all around the world and edited their performances together, creating Songs Around The World videos. After accumulating over 85 million views on YouTube, the first video, “Stand By Me,” laid the foundation for the best selling CD/DVD set, Playing For Change: Songs Around The World. This CD/DVD debuted at #10 on Billboard’s Pop Chart in April of 2009. Two years later, Playing For Change released their second album, PFC2: Songs Around The World, which debuted at #1 on Billboard’s World Music Charts.

Mark also sits on the Board of Directors for the Playing For Change Foundation, a separate 501(c)3 nonprofit organization created in 2007 in order to bring music education to children in communities the team had visited while traveling. His resume as a keynote speaker includes the United Nations, TED Global, the University of Michigan’s Martin Luther King Day Celebration, and the World Economic Forum in Davos as well as the Million Dollar Round Table. He has also been a featured guest on The Colbert Report, Tavis Smiley, Bill Moyer’s Journal, and CNN Heroes. Such icons as Norman Lear, Howard Schultz, Chris Blackwell, and Keith Richards have all supported Playing For Change and the PFC movement continues to grow all over the world, one heart and one song at a time.

Eduardo’s professional background prior to starting PM Publicidad (now PM3) was primarily on the client side, mostly with Astral Group, a Barcelona-based multinational, followed by several years in the e-commerce and digital development space. He previously served on the Board of Directors of non profits Prevent Blindness Georgia and Quality Care for Children, as well as on the Board of Atlanta Advertising Club and the Orange County Ad Federation.

Eduardo is a frequent speaker at conferences and events on the subject of the U.S. Hispanic segment and marketing to them, and was a regional and finals judge for the 2013 and 2014 Effie Awards.

Eduardo was born and raised in the United States by Spanish parents. He was educated at The Florida State University where he earned degrees in International Affairs and Political Science. A former professional road cyclist, Eduardo remains highly active in sports.

Eduardo is a native of Spain.

Virna is the Strategic Insights Manager for the Americas at GlobalWebIndex. Working across both the Trends and Insights teams, she uses GlobalWebIndex data to help clients with strategic business goals and decisions.

Additionally, she contributes to GlobalWebIndex reports, infographics, thought leadership, blog series, press interviews, and podcasts. Her interests include consumer psychology, gender representation in media, and the relationship between society and technology.

Katherine Shappley heads Facebook’s North America Small Business team. Shappley oversees sales, account management, and service for millions of small businesses who use Facebook to connect and grow. Her passion for small business started after college while teaching English internationally in Turkey, the Czech Republic, and South Korea. Many of Shappley’s students were small business owners with unique passions and a hunger for learning. Shappley saw first-hand the impact of enabling small business growth on economies around the globe.

Previously, Shappley led Facebook’s US Agency and Financial Services sales teams. Before joining Facebook, she led successful teams at Microsoft and Quigo Technologies. A native of Mississippi, Katherine earned a BA in Literature from the University of Mississippi. She recently relocated from NYC to Austin, TX with her husband John and son Henry. She and her family are enjoying their new home town and are actively on the hunt for best Tex-Mex in the city.

For over 30 years David Sheehan has proven himself as a successful service business entrepreneur, builder, operator and investor. He has served as President, Managing Partner, CMO or Director for business services, marketing services or health tech companies with valuations ranging from several million dollars to as much as $6 billion.

David is a multi-faceted executive with strong management experience and expertise in successfully growing businesses by identifying market opportunities & disruptions, recruiting & growing world class talent and through strategic and transformational M &A that add capabilities, resources, talent or geographic reach.

As someone who has been directly involved as an owner in the sale of four agencies and as an advisor on another two dozen transactions, he brings unique perspectives to service or tech companies looking to source and structure successful M & A or sale opportunities.

His work has taken him literally around the world, where he has helped transform professional service firms on every continent.  Along the way, Tim has written two books, Take a Stand for Your Brand: Building a Great Agency Brand from the Inside Out, ranked by Amazon as one of the top ten books on brand building and Positioning for Professionals: How Professional Service Firms Can Differentiate Their Way to Success.

Tim is a frequent contributor to marketing and business publications including Advertising Age, Adweek, and Communication Arts in the United States and Campaign, Admap and The Drum in the United Kingdom.  Based on his expertise in building differentiated professional service brands, Tim has been interviewed and quoted by The New York Times, The Wall Street Journal, The Economist, National Public Radio, The Guardian, Toronto Globe & Mail, Bloomberg News, Campaign Asia, Marketing Week, Australia Financial Review, Japan’s Nikkei News, and numerous other business publications both here and abroad.

Tim writes the popular blog Propulsion and serves as a global LinkedIn Influencer, writing on marketing and business strategy.  As a consultant to marketing firms, Tim has worked with hundreds of agencies ranging from mid-size independents to multinational agency networks and global holding companies.  Before forming Ignition, Tim held President/CEO positions at several independent agencies after having worked for multinational agencies Ogilvy & Mather, Burson-Marsteller in New York and elsewhere.

Doug Zanger is a senior editor at Adweek focusing on creativity and agencies. He has covered a wide range of industry topics and interviewed several high-profile luminaries including Megan Rapinoe, Sue Bird, Jeff Goldblum, Carrie Brownstein, Michael Kelly, Jeffrey Katzenberg and some of the NFL’s biggest past and present stars. Based in Portland, Oregon, and unabashedly loyal to the Pacific Northwest, Zanger has over 25 years of experience in the advertising industry, including 12 in radio, where he picked up a Radio Mercury Award.

THANK YOU TO OUR SPONSORS